Two pictures that tell a story?

These are two pictures by Danish artist Vilhelm Hammershoi of the same woman, Ida. (I am indebted to Phyllis's son, Martin, for telling me about this artist - I hadn't come across him before.) How about having ago at filling in the gaps between the two pictures? The woman is called Ida. Start with asking some questions.

Who is this young woman?

What do you think you can tell about her character, about the sort of person she is, about her situation?

What do you imagine her feelings are in the first picture, where she's wearing a white dress?

What about in the second picture?

What has happened in between?

(Or you could take them the other way round, with the picture of her in the dark dress coming first.)

If you are a bit wary about telling a story, just describe what you see in the two pictures - and see where it goes. Have fun! 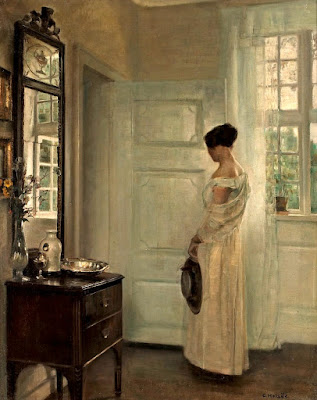 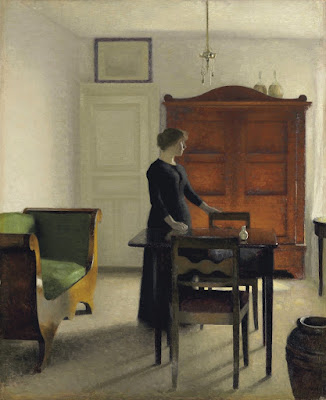